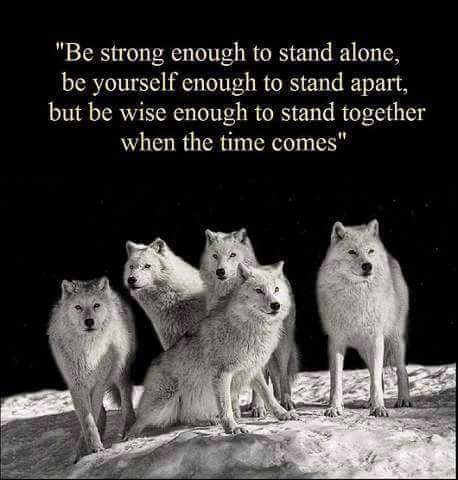 The Fitnah of "Shahawaat" and "Shubuhaat"
Excerpt from: "Ighaathatu' Lahfaan fee Masaayid As Shaytaan", Vol: 2 pg. 239-242
Ibn Qayyim Al Jawziyyah
(Translated by Hisham Assing)
The Fitnah of "Shubuhaat"
Fitnah is of two types: the fitnah of "shubuhaat", {doubts and misunderstandings}, this one being the greater fitnah of the two, and the fitnah of "shahawaat" {desires}. It is quite possible that {these two fitnah} can be present in the abd {servant} at the same time, or one of them may be within him to the exclusion of the other.
Regarding the fitnah of shubuhaat {doubts and misunderstandings}, this is due to having a weak vision and a lack of knowledge, not to mention if this is accompanied by corrupt intentions and the goal of fulfillment of ones' desires, and herein lies the greatest of all fitnah, this is indeed the worst of afflictions. Say what you like about the deviation of evil motives, the dominant factor in such a person is his hawa {desires}, and not huda {guidance}, in addition to his weak vision and the lack of knowledge with which the messenger {sallahu alayhi wasalam} . Hence, he is like those whom Allah describes:
"They follow but a guess and that which they themselves desire, whereas there has surely come to them the Guidance from their Lord!" {An Najm:23}
And indeed Allah {subhaanhu wa ta'la} has informed us that the following of desires misguides one from Allahs' path, He says: "O D�w�d (David)! Verily! We have placed you as a successor on earth, so judge you between men in truth (and justice) and follow not your desire for it will mislead you from the Path of All�h. Verily! Those who wander astray from the Path of All�h (shall) have a severe torment, because they forgot the Day of Reckoning". {Sad: 26}
This is the kind of fitnah which leads to kufr and nifaaq {hypocrisy}, which is the fitnah of the hypocrites and ahl'il bidah {the people of innovation}, according to the degree of their bidah. Thus, the majority of them innovate because of the fitnah of shubuhaat {doubts and misunderstandings}, whereby they confuse the truth with falsehood and guidance with misguidance.
There is no salvation from this kind of fitnah except by exclusively following the messenger {sallahu alayhi wasalam} by appointing him as the judge in the fine {detailed} matters in the deen and its simpler ones, the public aspects of his life and the private one, his beliefs and his actions, his reality and his legislation, thus he takes from him {the messenger sallahu alayhi wasalam} the reality of emaan and the legislation of islaam. He also accepts from him {alayhi as salam} what all he {alayhi as salam} has confirmed from Allah's' names, attributes and actions, and he does not negate them, in the same manner he accepts from him {alayhi as salam} the obligation of salah, its' time and the number {per day}, the percentage of ones' wealth on which zakat is due and those who deserve it, the obligation of wudu and ghusl {from sexual impurity}, the obligation of fasting in the month of ramadan, etc. Therefore, he does not see him {alayhi as salaam} only as a messenger in some aspects of the deen to the exclusion of others, but to the contrary he is the messenger for everything this ummah is in need of - be it knowledge or actions. So, he does not accept nor take {anything} except if it is from him {alayhi as salaam}, for the all guidance surrounds around his statement and actions. And everything which is outside of his guidance is dalaal {a deviation}. Thus, if this {principle} is implanted in the heart of the servant and he turns away from everything except this {the messengers' prophetic guidance}, whereby whenever he judges anything he examines it in the light of that which the messenger came with, if it agrees with what he {alayhi as salaam} came with then he accepts it. And this is not because that particular person said what he said, but rather {he accepts it} because it agrees with the message {the sunnah}, and if it contradicts the sunnah he rejects it, regardless of whoever it came from. And this is what will save a person from the shubuhaat {doubts and misunderstandings}, and if he misses this {principle} then fitnah will afflict him in accordance to the degree he neglected this {principle}.
This fitnah is sometimes as a result of incorrect understanding, wrong information, the truth being confirmed and is present, but one was unaware of it so he was not able to get the most out of it, or sometimes it can simply be that a person has evil intentions and is just following his desires, thus he becomes from amongst those who are blinded in their vision and harbours evil in intentions.


The Fitnah of Shahawaat {desires}

) as they indulged in play and pastime. Such are they whose deeds are in vain in this world and in the Hereafter. Such are they who are the losers". {At Tawbah: 69}.
So Allah is pointing out to us here what happens from the corruption of the hearts and the deen because of taking pleasures in their portion {of this world} and indulging in {speaking about} falsehood, {and this is so} because curropting ones' deen occurs either by falsehood and engaging in it, or by doing deeds which contradict correct action.
As for the first one; it is bidah and what results from it. And the second one is sinful actions. The first one {bidah} is consequence of shubuhaat, and the second {sinful actions} is an outcome of shahwaat. This is why the salaf used to say be aware of two kinds of people: a person of desires {innovator} whose desires has misguided him, and a person of this world (dunya people} whom this world has blinded him. They also used to say {the salaf}: be careful of the fitnah of evil scholar and the ignorant worshipper, for indeed their fitnah afflicts everyone who is misguided. The source of {all} fitnah is a consequence of giving precedence to opinions over what Allah has legislated, and preference of desires over intelligence. Thus, the basis of the first fitnah is shubuhaat and the basis of the second one is shahawaat.
The Cure for These Two Fitnah
As for the fitnah of shubuhaat this can be prevented and cured by possessing "Al Yaqeen" certainty, and fitnah of shahawaat can be fended off and remedied by "As sabr" patience. This is why Allah made leadership of this deen by possessing these two qualities, hence He says:
"And We made from among them leaders, giving guidance under Our Command, when they were patient and used to believe with certainty in Our Ay�t". {As Sajdaah: 24}, thus this indicates that by having patience and certainty one achieves leadership in this religion. Allah has also interlined these two characteristics in surah Al Asr wherein He says: "Except those who believe and do righteous good deeds, and recommend the truth to each other and recommend one another to patience."{Al Asr: 3}.
Therefore, advising each other in truth repels "shubuhaat" and recommending patience to each other restrains one from his desires. So by having patience and a sound intellect {this} restrains one from the fitnah of "shahawaat", and by possessing a clear vision and certainty {this} repels the fitnah of "shubuhaat", wallahulmusta'an.

where is the iman of the muslims? "we need more police officers" to protect uswhere is it in Islam where the Muslims beseech the kuffar for protectionwe hear khutbah after khutbah, week and month after year, and never do we ever hear the believers beseech the kuffar for protection, even in the face of deathyet today, when the Muslims are tried, they seek the protection of the kuffaras umar ibn alkhattab said, when we seek honor from other than Allah, Allah will humiliate us 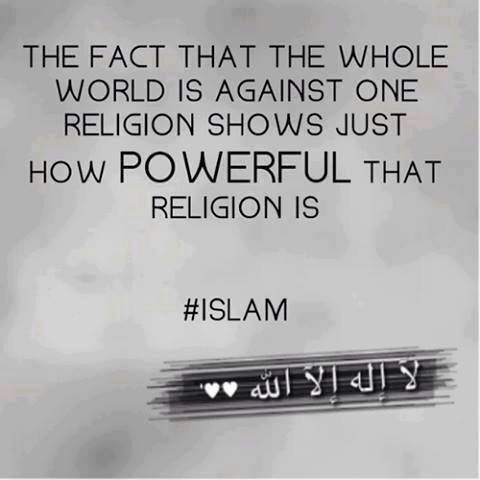 This means, there will be little or no global condemnation of the act.  No associating him with any larger group or ideology.  He will be relegated to just "another lone nutcase".

But let us pause and not look at this from the Euro-centric view that we have been taught our entire lives but let us reverse roles and be the dominant vista..

The Munich Shooter is a European. Europeans have a long history of killing innocent people.  People who are of no threat, but possessed some natural resource, some land, some ideology that Europeans felt threatened their superiority in the world.

This ideology is not new. We can trace it back to Columbus and the original terrorists who were classified as conquerors..  We can even go back as far as the Roman Empire.  But in case we do not want to delve too far into into history, we can look at the colonialism that existed in the early part of the 20th Century, where the "white man's burden" was the mantra of the day and the justification for committing untold atrocities to other non-white peoples.

So against this backdrop, we can see who the true Global Terrorists are and it is definitely not Muslims or "Radical Islam" (whatever that is supposed to me)

Truth be told, if we were to add all of the killings (true or false) attributed to Muslims in the last 50 years, it still pales in comparison to the wanton slaughters inflicted upon non-whites by Europeans and Americans over the past 100 years.

And even if we add, post September 11, the numbers of deaths when comparing the two or of no comparison.

So what is the problem? The problem is that Islam, itself, is a threat to Euromerican global domination and they will do whatever they think is necessary to maintain their dominance over the world.

Sadly, too many Muslims refuse to acknowledge this truth and are being sucked into the lies, distortions and propaganda promoted by the Global Corporate-Owned Media who floods the airwaves with the deaths of Americans and Europeans, yet virtually ignores the wanton slaughter caused by these same Americans and Europeans in the Muslim world.

السلام عليكم و رحمة الله و بركاته يا مسلمين and Greetings to those of you who are not Muslim....yet

I start this blog today as a quick announcement that I will recommence posting news and my opinions and observations of the world we live in.

I am no scholar in Islam, just a resident on Earth who sees a lot of things happening around us, and as a Muslim, I would love to share my perspectives and observations.

I guarantee you that there may be things I say that you may disagree with.  And if you see I am saying something wrong,  I invite you to send me note of correction. But just because you see things differently does not necessarily mean you are right and I am wrong. There may be times where I will not relent because I have firm belief in my perspective.  And there may be times that your view is better than mine.

Anyway, I plan on putting a bit more time into this blog, and I ask Allah to guide me and prevent me being led astray or leading others astray.  Or of causing harm or having harm placed upon me.  Or of oppressing anyone or being or assisting an oppressor.
Posted by أبو مبارك at 00:55 ليست هناك تعليقات: