« We are Sick of the American-Israeli Interference

US Covers Up their Murders and Sexual Abuses in Iraq

Hello, welcome to my Blog, I hope that you will find it informative. Besides this Blog I also have a picture gallery with thousands of pictures relating to the occupation and many personal pictures - see under 'Sites of Interest' on the right side column. Thank you for your interest, and I hope to see you in the future again.

Why does the US occupation and the Iraqi government cover up such incidents? How many such incidents have the governments cover up? Why did they decrease the number of victims in their reports? 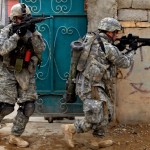 Omar Abdullah Tawfiq is an Iraqi soldier. One month ago, on October 11, 2008, he opened fire at a number of U.S. troops during a nightly raid carried out jointly by the Iraqi army and U.S. Soldiers in sites in Al-Mosul which were suspected locations of the so-called “Al Qaeda” (civilians). Omar killed four American soldiers and injured two.

Iraqi military sources declared that the soldier Omar Abdullah Tawfiq lost control of himself when he saw US marines sexually harassing an Iraqi girl of 17 in a house owned by an old man, her father.
The Iraqi soldier Omar was shot from behind by the other marines. 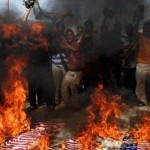 For unknown reasons both the Iraqi government and the occupational government of US in Iraq covered up to the killing the four American soldiers. They announced the incident on the night of November 11, 2008, after they claimed that the incident came as a reaction because the Iraqi soldier had “received a splat in the face by a U.S. soldier” who was supposed to join the same raid against Iraqi civilians and their houses in Al-Mosul. They also decreased the number of killed soldiers.

The shameful Interior Ministry of Iraq said that an Iraqi soldier on joint patrol with U.S. troops opened fire on his U.S. comrades in the northern city of Al-Mosul Wednesday, killing two of them and wounding others.