Egypt: Protesters Storm Into US Embassy In Cairo Eurasia Review

Egypt: Protesters Storm Into US Embassy In Cairo Eurasia Review

Egypt: Protesters Storm Into US Embassy In Cairo

By: Al Bawaba News September 12, 2012 Thousands of Egyptian protesters gathered Tuesday night outside the U.S. Embassy in Cairo to denounce a film they consider “anti-Islamic”. They tore the American flag. Some 3,000 demonstrators gathered to protest against a film produced by Egyptian Christians (Copts), which, according to them insult Prophet Muhammad. A dozen of men scaled the wall of the embassy and one of them tore the American flag.
The torn flag was replaced by a huge black banner on which was written the Islamic profession of faith: “There is no God but Allah and Muhammad is his prophet.” 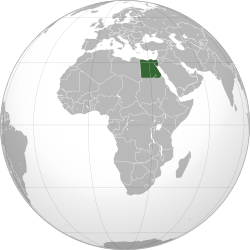 Egypt
Asked whether it was a flag of Al Qaeda, the spokesman for the U.S. State Department Victoria Nuland said in Washington: “What I heard is that the flag was replaced by an all-black flag. But I could be wrong on this point. ”
The Egyptian police, who did not use force, managed to convince the handful of men out of the embassy compound.
The black flag was then hung on the wall as riot police were deployed around the compound. Hundreds of protesters, mostly Salafist fundamentalists, were still present in the evening.
On the wall, a graffiti was attacking the “Dogs of the world,” referring to the Copts abroad, while another warned against attacking Muhammad: “everything except the Prophet.” The Arab League has condemned the film, saying it contained “insults against the Prophet Muhammad,” according to the official news agency MENA.
On Sunday, the Grand Mufti of Egypt Ali Gomaa denounced “actions by Coptic extremists who produced a film offensive to the Prophet,” saying it hurts “millions of Muslims around the world.” “The attack on the sanctity of religion is not freedom” of expression, he added.
The pro-democracy activist Wael Ghoneim, who had become known during the revolt against the regime of Hosni Mubarak in 2011, however, considered on his Facebook page that “the U.S. embassy attack on 11 September by waving flags similar to those of Al-Qaeda will not be received by the American public as a protest against the film on the Prophet. ”
“It will be rather seen as a celebration of the 11th anniversary” of the September 11, 2001, he noted.